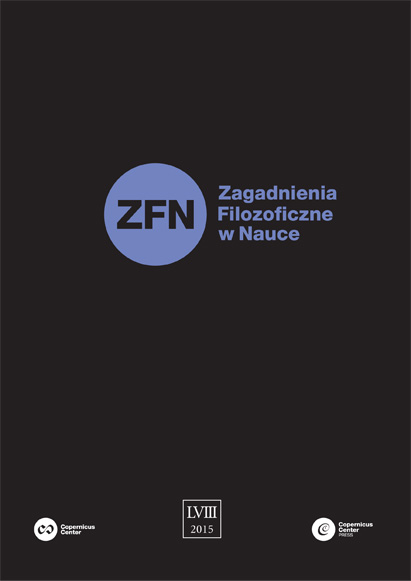 Actually the problem of the mathematical nature of the world is a purely philosophical one, although it lies at the very foundations of physics and mathematics (and thus is very interesting for scientists) and as such it is extremely difficult to solve; in consequence any progress in the field is slow and for many it is unconvincing. In view of that I endeavour to give a more precise meaning to the statement that the structure of the material world is determined by an independent world, that of mathematical notions. The nature of the relationship between these two worlds is a great riddle and the core of this riddle is surrounded by a dense cloud of other philosophical riddles which are closely related to it, though (it seems at present) they are independent of it. I successively peel off these surrounding problems in order to get to the very core of „the mathematicality of the matter”.

First I argue that physics cannot establish whether the matter might not be subject to mathematical laws of nature, then I discuss two conceptions of the nature of the physical law, the dualistic and monistic one. It seems that independently of which conception is true, none of these helps to solve the problem. In conjunction with the famous Wigner’s article of 1960 on unreasonable effectiveness of mathematics in natural sciences I indicate that the problem concerns solely the inanimate matter and does not apply to living or­ganisms. As a next inevitable step I discuss the view of mathematics as intellectual inquiries independent of the physical world, which nonetheless perfectly fit this world; in particular I briefly present the Einstein’s conception of forming physical laws. Finally I make comments on the problem which unavoidably appears in this context, namely of whether mathematical notions are discovered or freely created; I indicate (following A. Pelczar and others) that these two concepts do not exclude each other.

After this journey through a collection of problems closely ac­companying that of „the mathematicality of the matter” it turns out that we come back to the starting point and we are helplessly fac­ing the Mystery.